Global Aviation SA was founded by a group of aviation experts in 1997, having its base in Athens, Greece. The company acquired Aegean Aviation’s general aviation assets (maintenance base, fleet etc) and expanded rapidly, acquiring a fleet of new and pre-owned single and multi-engine Piper aircraft. Due to the Athens 2004 Olympic Games, the company’s flight training base was relocated to Pachi Airport, Megara (LGMG), Greece’s major general Aviation airport. Since its incorporation, Global Aviation has a mission of offering top-quality services in the fields of, pilot training, aircraft maintenance and aircraft sales. 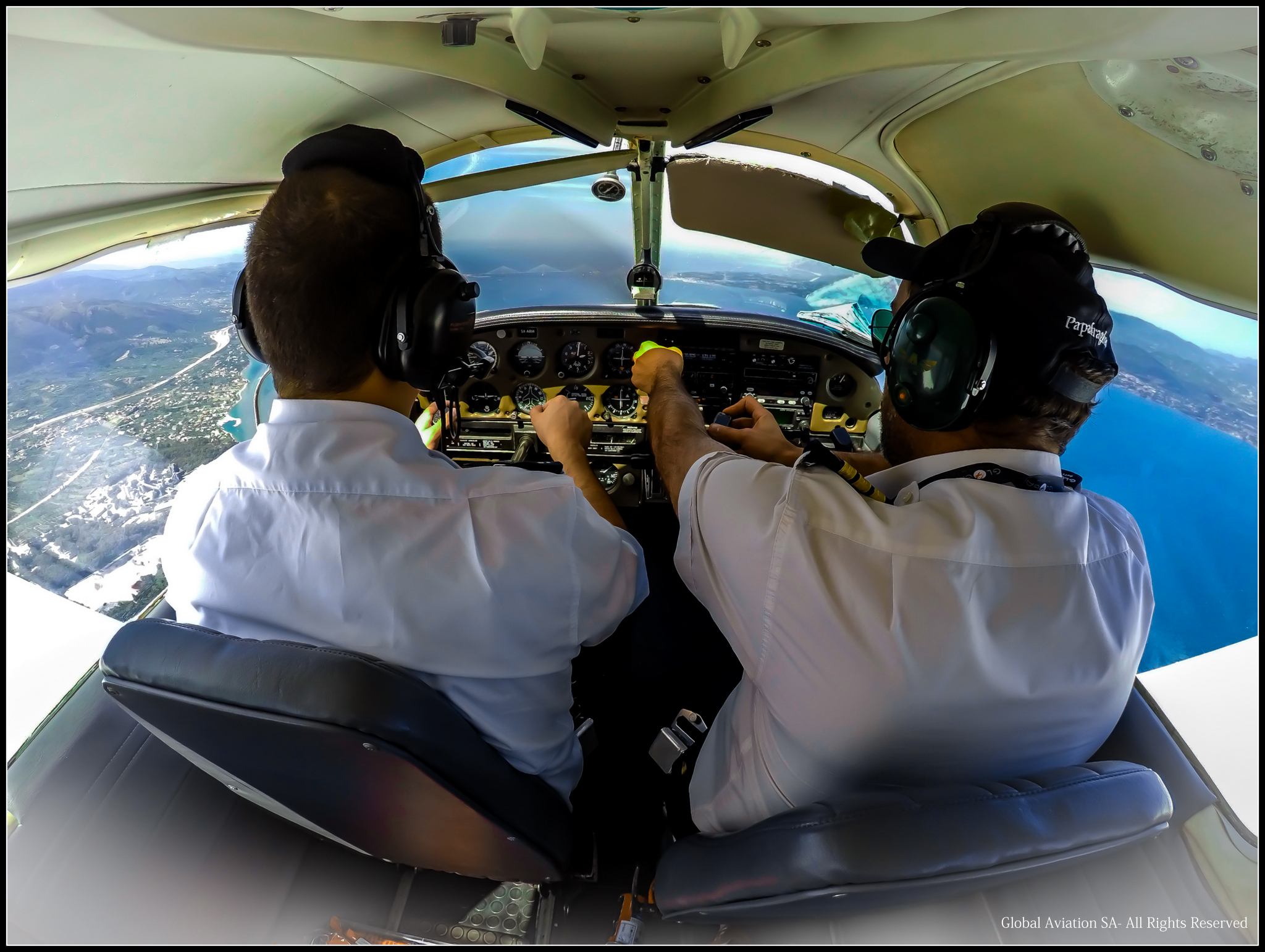 Some major milestones in Global Aviation’s 17-year long history include:

Global Aviation is approved by the HCAA and EASA to offer Cabin Crew Training Courses as GR-CCTO-102. All theoretical training takes place in Global Aviation’s ground school based in Piraeus. The courses’ practical training takes place in approved locations including the Athens International Airport in accordance with HCAA and EASA. Global Aviation offers 3-months long initial cabin crew training courses designed for individuals who wish to follow a career as cabin crew in the dynamic aviation industry and intensive cabin crew courses that can be tailored to meet the needs of domestic and international airlines.

Global Aircraft Sales is the exclusive distributor of Piper Aircraft in Greece, Cyprus, Romania and Bulgaria, as well as a sales agent of Bombardier Business Jets in the region. Moreover, Global provides clients with a variety of carefully selected pre-owned aircraft that range from single-engine piston aeroplanes to luxury business jets. Moreover, having significant expertise in Aviation Consulting, Global Aviation provides clients with solutions including purchasing, owning, maintaining and operating their aircraft.

Can you send me more information about this program?

Where is this school located?
Where is the campus located?

What other funding options do you have for this program?

In what language is this program taught?